Charlie Anne Thomas has lived in Punta Gorda for 46 years.

She’s been coming to the Rev. Dr. Martin Luther King Jr. Day Parade in the city since it began in 1993. To Thomas, this year’s parade theme, “One Nation — One Dream — One Faith,” serves not only as a remembrance and celebration of Dr. King, but also as a crucial message to the country going into 2019.

“I think that we need a message that unifies us as a people,” Thomas said. “We need to put on the back burner all the negative things that are happening in our country. If we can start to be a positive change, that’s why I think it’s important that we come together (like this). It’s not just a black thing, it’s all people ... the friendship, the fellowship ... all of it.”

The parade began on Taylor Street outside the Charlotte Harbor Event and Conference Center and ended at the New Operation Cooper Street Recreation Center, 650 Mary St., where a rally was held with food vendors, a bounce house and other activities for children.

“Racism and the immigration situation has really divided our country,” said Brenda Baker, a North Port resident who walked in the parade. “So this cohesiveness is needed and we need to celebrate a man like Martin Luther King Jr., and remember him and what he did and incorporate those principals in our lives.”

It’s not a new thing for the local community to come together as it did on Monday, according to Punta Gorda City Councilman Jaha Cummings.

“Punta Gorda has always been able to rise above national trends in terms of how we relate socially,” Cummings said. “We have (always) been a unified community and I think actually we are a leader in this regard.” 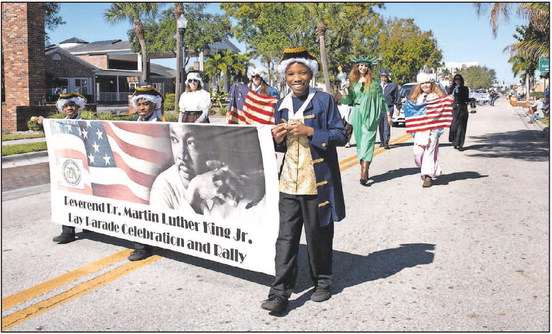 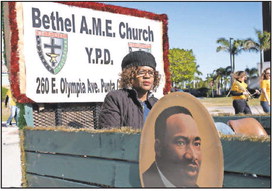 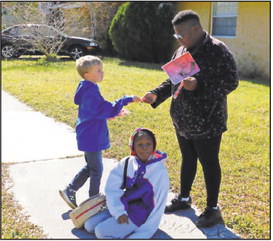